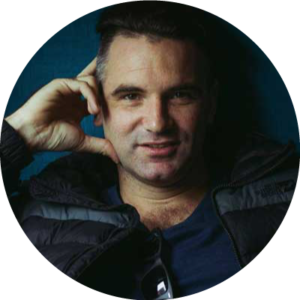 Alex is co-owner and General Director of Vietnam in Focus. He co-founded the company in 2012.

Not a photographer, but an avid traveler, Alex designs and plans all Vietnam in Focus tours in conjunction with the photography team. He has explored the length of breadth of Vietnam in his 14 years here, is fluent in Vietnamese, and has appeared on Vietnam TV several times to discuss his experiences of travel and culture in the country. He has also helped international media organizations with insights and planning support, including Globe Trekker TV—for the Vietnam episode of the hit series Tough Trains—and Lonely Planet.

Alex’s writing about Vietnam has featured in The New York Times, Southeast Asia Globe and North American Review. In 2013, he edited the book Survivors of Trafficking in partnership with the NGO Peace House Shelter. He recently contributed introductory texts on photography, travel and local culture to Fokion Zissiadis’s photography book Vietnam (Rizzoli 2020).