On the Opium Trail

Northern Vietnam’s historical opium trade and the landscape in which it flourished.

Capture the raw beauty and rich culture of northern Vietnam on the trail of its historical opium trade. We start at Hanoi’s luxury Metropole Hotel, nestled deep in the capital’s French Quarter, from where we’ll enjoy photographic excursions to snap both remnants of Indochine and daily life in this fascinating city. We’ll then catch the overnight Victoria Express train to the hill station of Sapa, a town blessed with a diverse population of montagnards, the colourful hill tribes of Vietnam, as well as spectacular surrounding rice terraces. Heading east through the vast mountains, we encounter colonial palaces and scattered ruins of French forts and gun emplacements, all remains of that nation’s management of the opium trade in northern Vietnam a century ago. In Ha Giang province, we’ll stay at an ancient H’mong house, now reconstructed as a homely eco-lodge, with ‘opium rooms’ still retained in the design. Our trip culminates with.the unforgettable Meo Vac tribal market, a final photographic feast to round off a unique adventure

This is a premium photographic adventure, and we’ll enjoy the best accommodation available along the way. We’ll also taste the most delicious cuisine in a part of the world already renowned for its culinary excellence. Between train journeys, we travel by spacious and comfortable minibus, with an extra vehicle to transport our luggage between accommodation. At the same time, our close connection to the people of this region, local friendships and many years of experience give us unparallelled access to the authentic life of locals and the area’s most stunning vistas. As working photographers and journalists, with many years of teaching experience, we provide you unique insights and knowledge about Vietnam and photographic storytelling.

This photographic adventure involves moderate activity: travelers should be in good health, comfortable walking or standing for extended periods, and prepared for several hours of activity on some days. Excursions may include navigating uneven terrain, and walking on paths with steep ascents/descents.

Today, we hit the road back to Hanoi, following the Ha Giang river south, and return to the capital in early evening. We check back into the Metropole before dinner together.

Day 13 – Hanoi departure
We meet after breakfast for coffee and a picture selection session and review. It’s been a spectacular adventure, with many pictures to choose from, but we will edit our selection down to a final story. After lunch together, we are free to explore Hanoi or set off for further adventures.
Tour Brochure 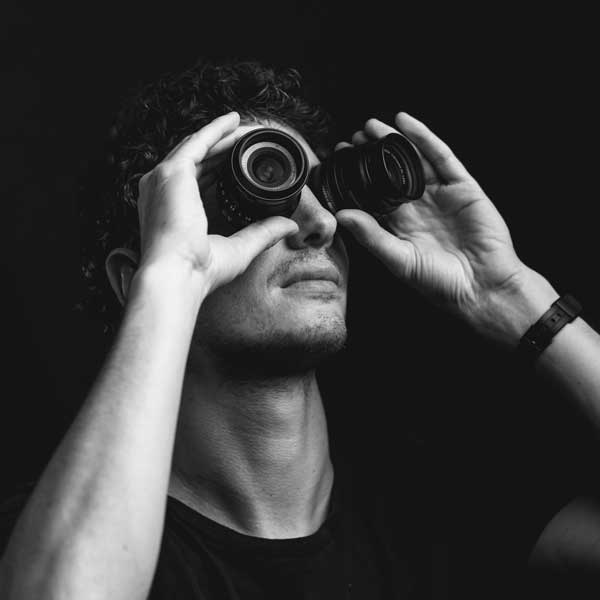 Our photographers are no ordinary guides. We’re adventurers, teachers and assistants, as well as experienced shooters.  We’re up at dawn to catch the best light, and always looking out for unexpected moments and details that make for great photography. Our guides are committed to making sure you enjoy exploring Vietnam through photography as much as we do. Your pictures and your experience are always the priority.

Photographer Adrien Jean will lead On the Opium Trail 2022.  Adrien’s work has featured in numerous exhibitions & publications in both Vietnam and France, and he has been represented by the French agency Hans Lucas since 2020. A long-term resident of Vietnam, he has traveled and photographed throughout the country, documenting ethnic festivals and life in less-visited regions. For more about Adrien and his portfolio, please click on his profile above. A wider selection of his work from Vietnam and around Asia is available at Hans Lucas.

“If you like the off-the-beaten-track experience through the eyes of someone who is genuinely passionate about his art and style of photography, then this is for you. I thoroughly enjoyed my experience and conversations and sharing tips on photography!” (Joji, Japan)

‘Highly recommended. Adrien is very knowledgeable and brought me to a ton of places I would have never found by myself. Moreover, some of the locals already know him, which makes for easier contact and great shots. I got some solid advice from him and left the experience a better photographer.’ (Mounir, Tunisia)

Throughout the trip, we stay in quality 4 & 5 star hotels or the best mountain eco-lodges available locally.  In some places there are shared bathroom facilities.  There is a surcharge for single bookings.  If you are open to sharing with someone outside your group, we will do our best to make sure your preferences are met

The detailed list of accommodation for the tour is –

Throughout the tour we travel by comfortable, air-conditioned 16 seat private minibus.  There will be enough room in the vehicle to carry our maximum 5 guests, guide, driver, luggage and camera gear.  Please however bring a maximum of 1 large suitcase, small daypack and/or camera bag.

Prices are per person based on double occupancy and do not include international airfare to/from your destination or internal flights during the tour.  Single supplement is available at $625 per person.  On private tours, surcharges may apply to certain travel dates based upon international or local holidays, as well as local events and festivals. All prices and fares are quoted in U.S. dollars and are subject to change.  See the terms and conditions for this trip for more information.

We offer an early bird discount of 10% if  tour bookings are made at least 12 months in advance of departure. The discount drops to 5% off if the booking is confirmed at least 6 months before departure.

We take an initial holding deposit of $500 per person, which is non-refundable. The remainder is due 3 months in advance of the departure date. We also confirm tour departure at this point, and people can go ahead and book flights.

Tour cancellations incur a fee based on your time of notice before the tour commences.

The time frame and fees for cancellations are as follows –

We take a maximum number of 5 guests per tour leader.  With larger groups we will split between 2 tour leaders

Tour departures will be confirmed 3 months in advance, and depend on a minimum number of guests.  Guests should not book flights until they receive confirmation of the tour departure.

This is a small private group tour with designated departure dates. However we can tailor this tour or something similar to your required dates.

Villia (CANADA)

Read More
We were delighted with our trip, On the Opium Trail. We could not have asked for a more congenial and attentive guides, Duc and Nhan outdid themselves. Duc's ability to approach people and to get them to enjoy his company gave us an entry point for interacting with people. His profound respect for the ethnic minority peoples really impressed us and provided the means to engage with people on an equal footing. Our Opium trail guide, Nhan was an attentive and knowledgeable with a great sense of humor. We spent much of our trip smiling and laughing with the two of them. In Hanoi, Brett and Ling were great guides and instructors. Overall you have a great team who go the extra mile. The accommodations were great, the food fabulous and the car and driver were both superb. We had an exceptional time, see VIF again!

Do you offer any discount

Yes. We offer a 10% early bird discount on all featured tours if bookings are received 6 months in advance of departure.

What is the Payment Process

We take an initial holding deposit of $500 per person, which is non-refundable (unless we call off the trip for some reason). The remainder is due 3 months in advance of the departure date. We also confirm tour departure at this point, and people can go ahead and book flights.

What are you Cancellation Fees

Our Cancellation policy includes the following fees and cut of periods:

What is the maximum group size

We take a maximum number of 5 guests per 1 tour leader.  With larger groups we will split between 2 tour leaders.

Do I need insurance

Yes, you do.  You will be asked to sign a legally-binding liability disclaimer before tour departure

Can my non-photographer partner and / or kids come along

Yes, they are most welcome.

What should I bring

Please see the What to Bring list included in each itinerary

It’s a good idea to do this, as you’ll have a chance to get over the jetlag and do a bit of exploring before the action begins.  We can help you arrange accommodation and adventures.

Yes, apart from your own shopping and alcohol (but we’ll cover some wine and beer along the way, don’t worry)

How late can I book

As early as possible – tours book up fast

How late can I cancel and retrieve my payment

Please see terms and conditions included on each tour page 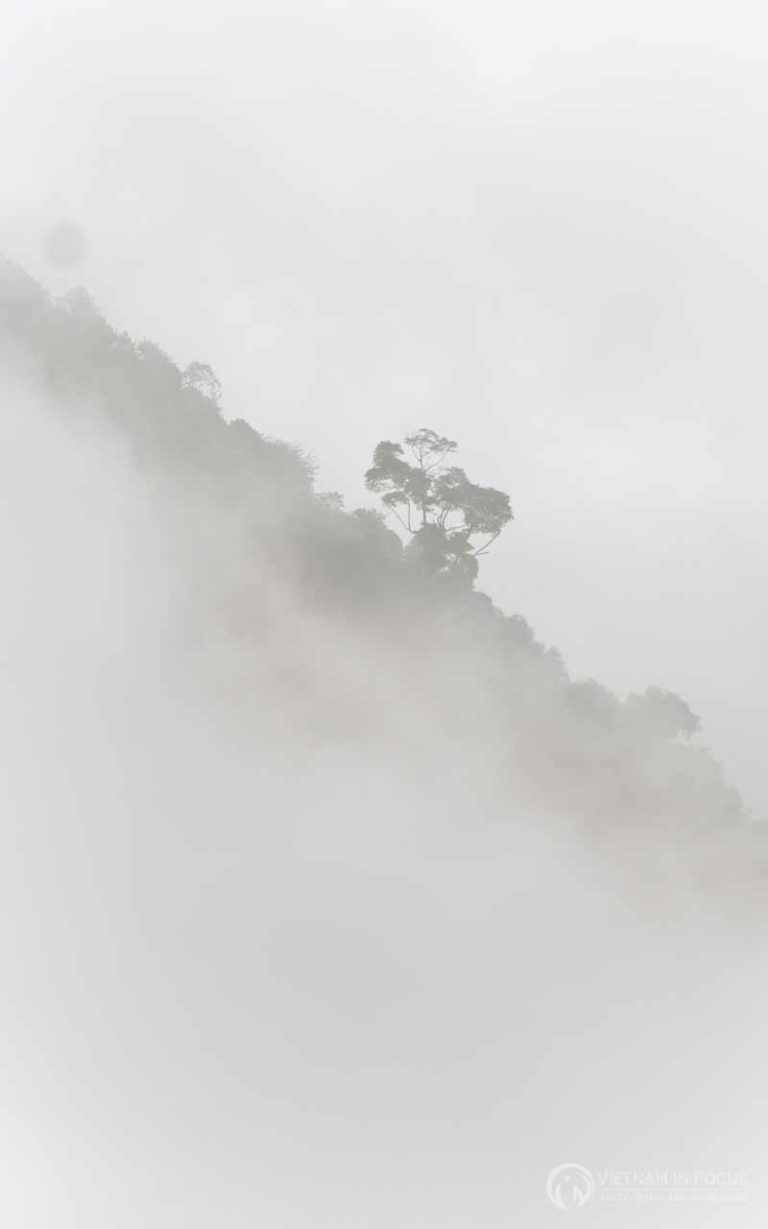 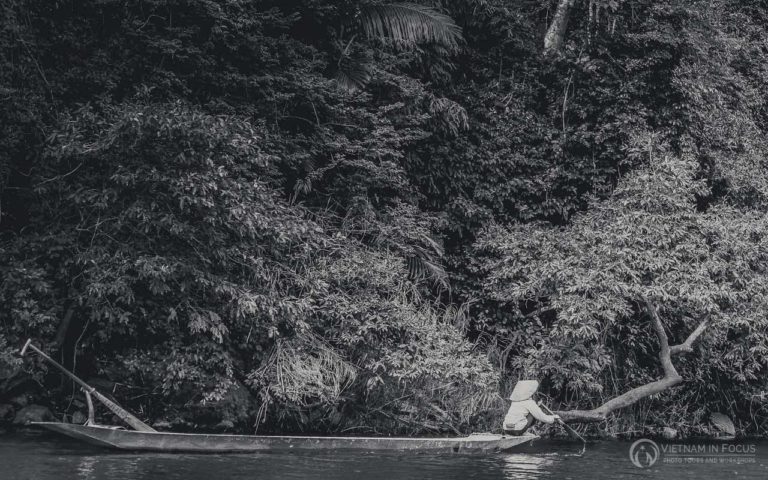 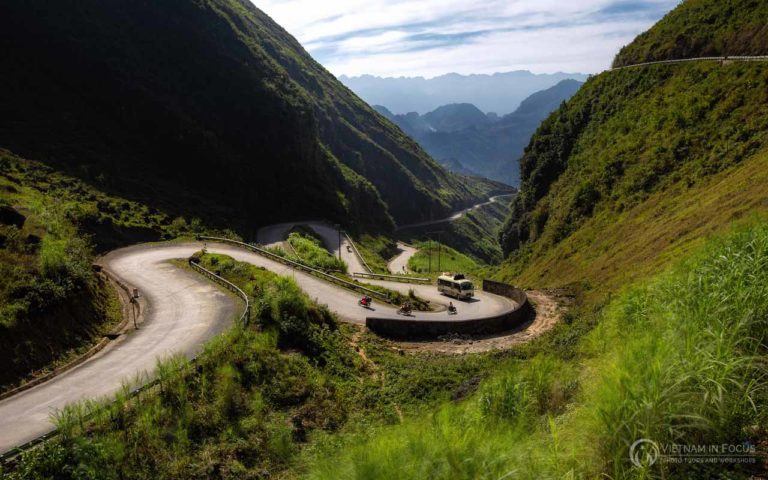 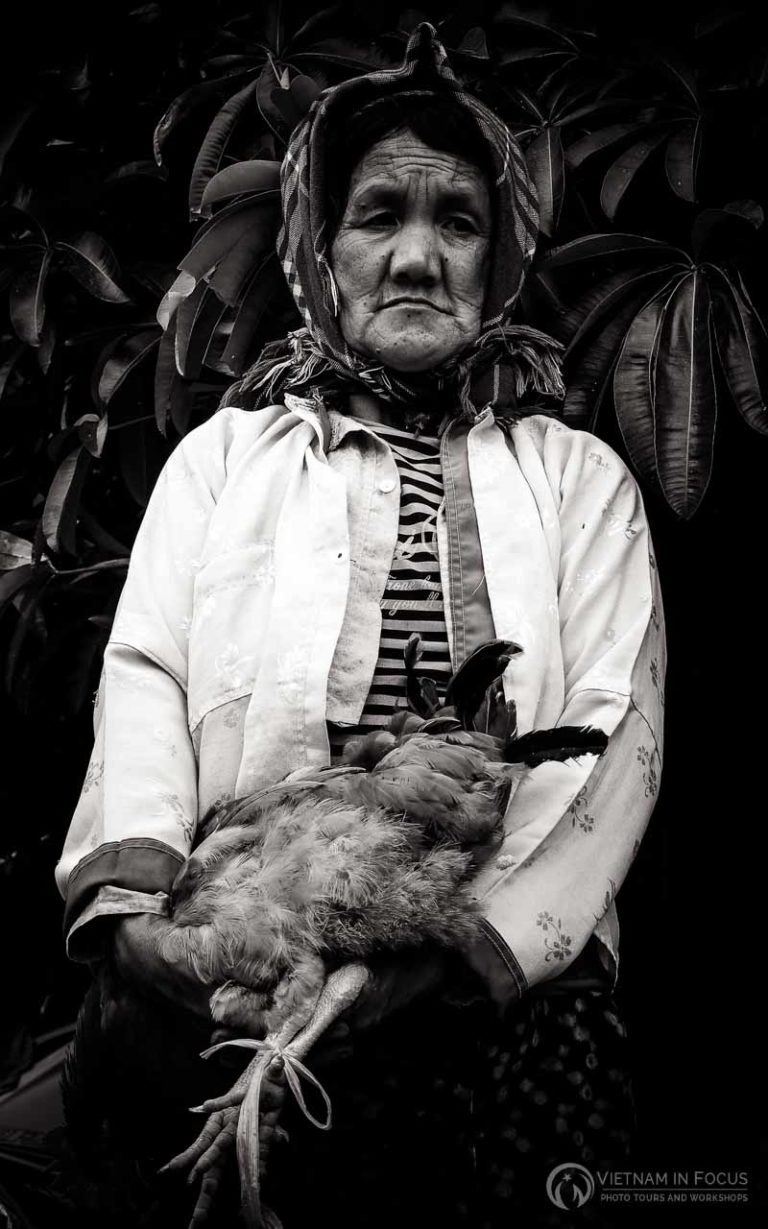 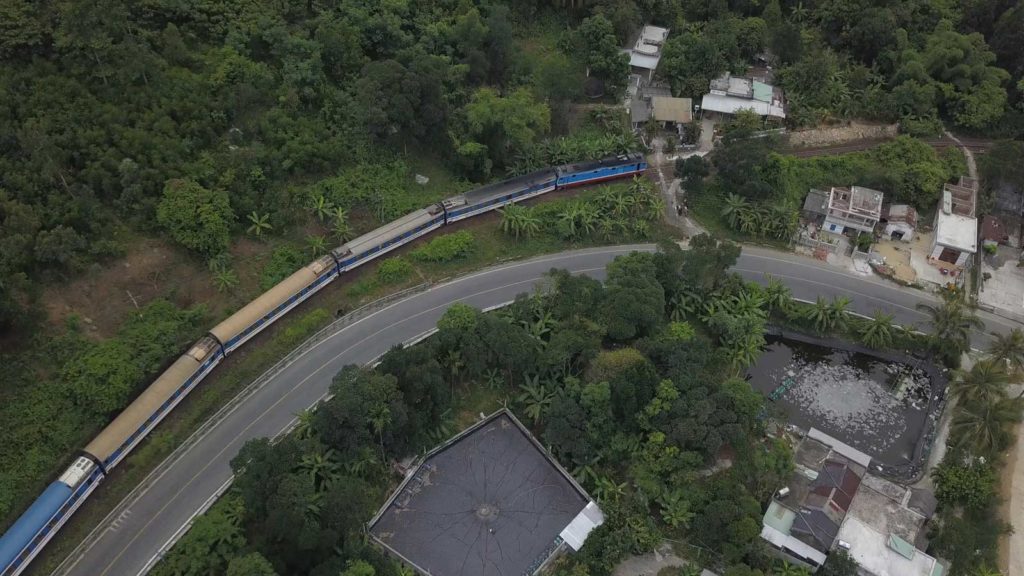 Discover Vietnam from south to north by rail
Travel from Saigon to Hanoi on Vietnam’s Reunification Express while learning the art of photography. Capture daily Vietnamese life in the cities of Saigon, Danang and Hanoi. Explore the eastern coastline, fishing villages and sleepy towns, snap portraits of traders, fishermen and local life along the railway. Experience crossing the Hai Van Pass, one of the world’s most spectacular train journeys, on our 11 day photography adventure through Vietnam. 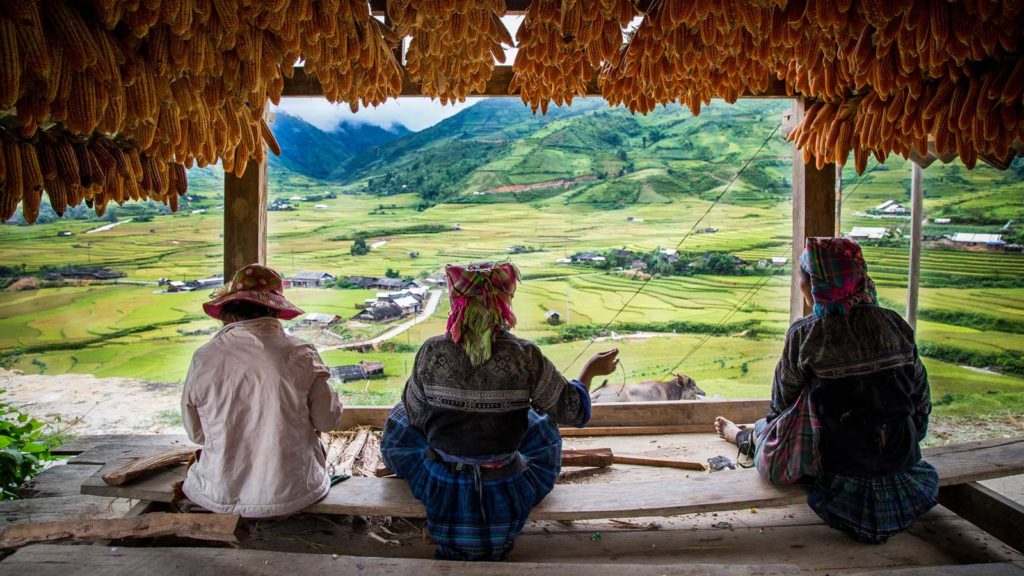 Northern Vietnam Photographic Adventure
14 Days through Northern Vietnam on our ultimate mountain photo adventure. Capture ‘golden season’ on the towering rice terraces of Mu Cang Chai and Sapa. Rainy season is over, the harvest fast approaches, and the paddies turn from bright green to gold in a matter of weeks. As hill tribe farmers begin to work the fields, it’s a photographer’s dream.

Thank you for your interest in this tour. Please complete the form to register you interest in participating in this Photographic Journey through Vietnam